‘DAYS OF OUR LIVES’; A YOUNG GIRL’S AMBITION TO DRIVE CHANGE THROUGH LITERATURE 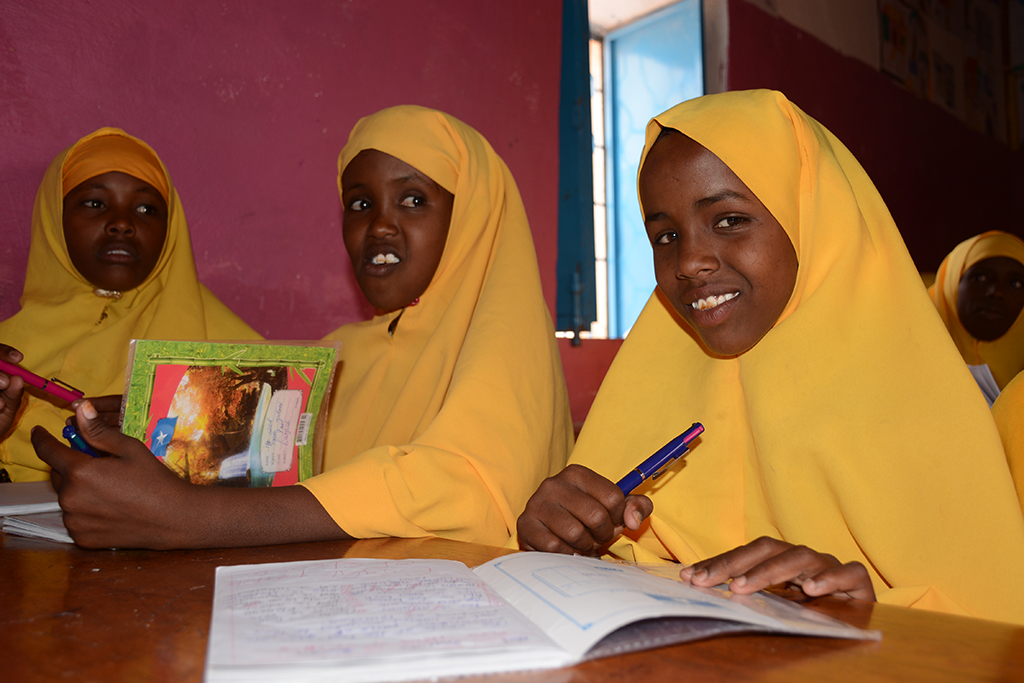 Fathi Abdulkadir, 11 during the study period at her school in Halabookhad ©GECPD/Mohamed

At only age 11 and in primary 6, she has already started living her dream of becoming an author. None of her parents ever attended school, but today she proudly displays her collection of written inspirational poems on issues ranging from education, culture and women rights. She says it is the only means she can tell the story of her life and her community.

Fathi Abdulkadir Ahmed was only 4 years when her father died in the high seas. He was among hundreds of Somali men and women who try to illegally migrate to foreign countries in the hope of bettering the future of their families. But as fate would have it, their boat never made it to the next shore.

Things turned from bad to worse for the family of Abdikadir Ahmed. His wife who he married when she was only 14 years old had no means to fend for their 9 children. The only option was to return to the rural home in the remote village of Mire on the Somali Ethiopia border. They had fled the village 2 years earlier after losing all their livestock to drought and had been living in Halabookhad settlement.

In the village, they would only rely on the goodwill of relatives and friends for survival having lost their source of livelihood earlier. But this did not go on for long before drought struck again. Those who had been helping them, now had a burden of their own. Hope was out of their sight. They chose to return to Halabookhad where atleast they had shelter, other needs of food, water and clothing notwithstanding. Here their mother would resort to manual jobs to make ends meet. As a coping mechanism, she had to separate the children and have the older ones stay with relatives.

At this time, GECPD had started operating the child friendly space program in the settlement providing psychosocial support to over 200 neglected and abandoned children. The program initially started in partnership with Unicef in 2011 was at this time supported by Spazio Solidale, Fondazione Prima Spes and Caritas both of Italy. When her mother ventured out, Fathi would be taken to the center where together with other children they would engage in play, learn basic alphabets and atleast have a meal. “The program at the center atleast helped us to stay happy, forget the difficulties we were undergoing for a moment and look forward to the next day,” Fathi remembers.

By the end of the year, Fathi had mastered the alphabets, numbers and had embarked on doing simple calculus and reading simple words. She was ready for grade one of formal primary education. GECPD had just started offering grade one of formal primary education at the center and she was among the first lot to be enrolled. “I started living my dream at this stage. I knew I must work hard to realize it and I was prepared and ready for the task”, she says amid a smile.

Three years later, Fathi was right on track towards her goal. She wrote her first poem, Tahriib, in which she warns young people against the treacherous journey. In it, the little girl enumerates the vast opportunities that exist within her mother land encouraging all to exploit the same instead of pursuing the false hopes that illegal migration carries with it. Today with the help of her teachers, she has 11 poems under her name. She looks forward to writing many more in the future. “They are about my personal experiences in the family and community. It is the most effective way through which I can tell my life story, that of my family and the community,” she explains.

Fathi is grateful that the GECPD program has helped her find and walk towards realization of her dream. Her ambition is to probably become the youngest Somali author and be the shining example of success for her community and nation. Despite the displacement status of her family, it is this hope to that great and bright future that drives her actions in her daily life.