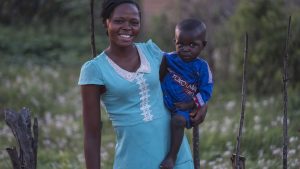 LONDON 6 March 2018 – Girls Not Brides: The Global Partnership to End Child Marriage welcomes new data published by UNICEF today showing a significant drop in the global number of child marriages. However, the organisation cautioned that there is still a long way to go before child marriage is a thing of the past.

UNICEF estimates that globally 12 million girls marry each year before they turn 18; this is a drop from their previous estimate of 15 million per year. The number of women alive today who were married as children has also declined from an estimated 720 to 650 million. The proportion of women worldwide aged 20-24 who were first married or in union before age 18 has dropped from about 25% to 21%.

“The new numbers released today by UNICEF are very encouraging and show that child marriage is a problem that can be solved,” said Mabel van Oranje, Chair of Girls Not Brides.

“However, we must not become complacent. There is still a long way to go. It is unacceptable that 12 million girls are still being married off each year before age 18. Until each one of those girls has the opportunity to choose who, when and whether she marries, we must redouble our efforts to end child marriage.”

UNICEF estimates that 25 million child marriages were averted over the last decade. This is welcome news but there is much more to be done. The world has committed – through the Sustainable Development Goals– to end child marriage by 2030. However, if progress is not accelerated, 150 million girls will marry as children between now and then.

Progress has been uneven across countries and regions. Particularly notable are sharp decreases in India and Ethiopia. These countries have historically had large numbers of child brides, but they have also recognised the negative impact of child marriage early on. More work needs to be done now to understand the specific factors that have led to the drop in numbers, and the reasons behind regional and local differences.

Lakshmi Sundaram, Executive Director of Girls Not Brides said: “These figures are a clear indication that interventions to tackle child marriage do have an impact. By working in partnership across countries, sectors, communities and families we can build on lessons learned and create real change in the lives of girls everywhere.” She continued: “The Sustainable Development Goals have a target of ending child marriage by 2030. We cannot afford to lose momentum, if we want to relegate child marriage to the history books.”