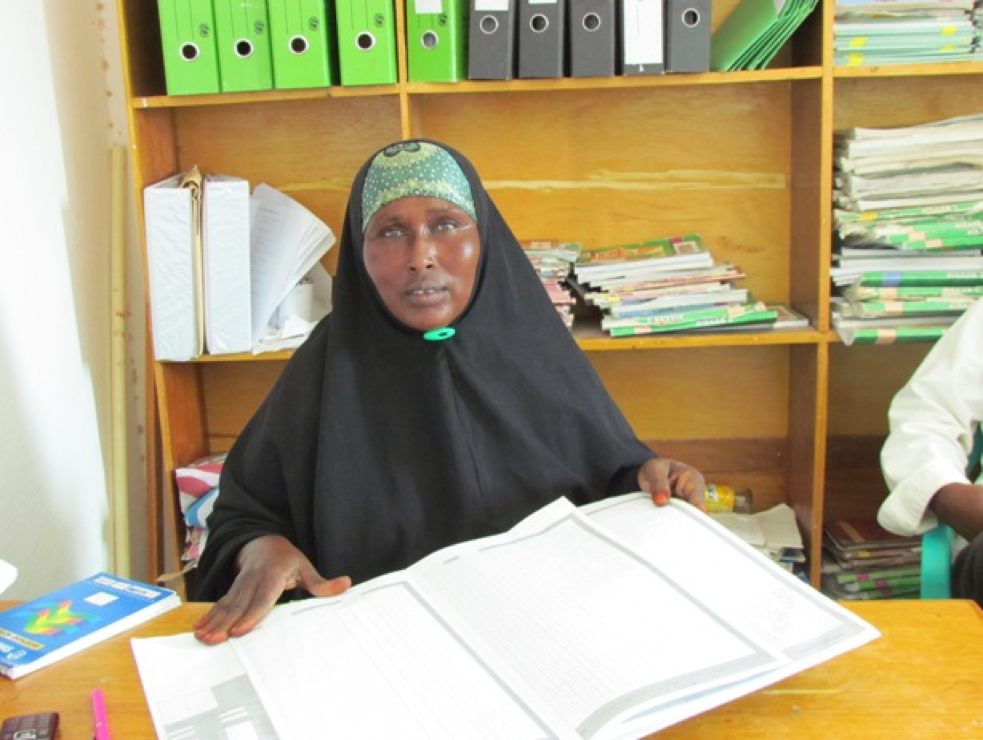 As she attends to customers in her  retail shop, Hawa Jamaac Liban is  content that she has realized her  lifetime dream and at least made her  contribution to society. Even though she no longer teaches, most of her customers -some of whom are her former students- refer to her as teacher  in her current occupation. She has been working hard to realize her  lifetime dream. Seeing some of the over 800 girls who grew under her care mature into  young professionals capable of taking up the baton from her gives her satisfaction that she made it.
The 53 year old was a long-serving Headteacher at Baadweyn Girls Primary School - one of the 8 women education centers established by Galkayo Education Center for Peace and Development (GECPD) in Mudug region of Somalia. She served at the  center for over 13 years both as a teacher and later on headteacher. In 1991, she had  just completed her Secondary School Education in the capital Mogadishu. She was  volunteering as a teacher at Hajji Hussein Diirle School in Mogadishu, hoping to join the  then prestigious Lafoole Teacher Training Institute to become an accomplished teacher. But then that dream was never to be realized as Somali descended into civil war, with  anarchy reigning high, institutions looted, destroyed and hundreds were displaced. 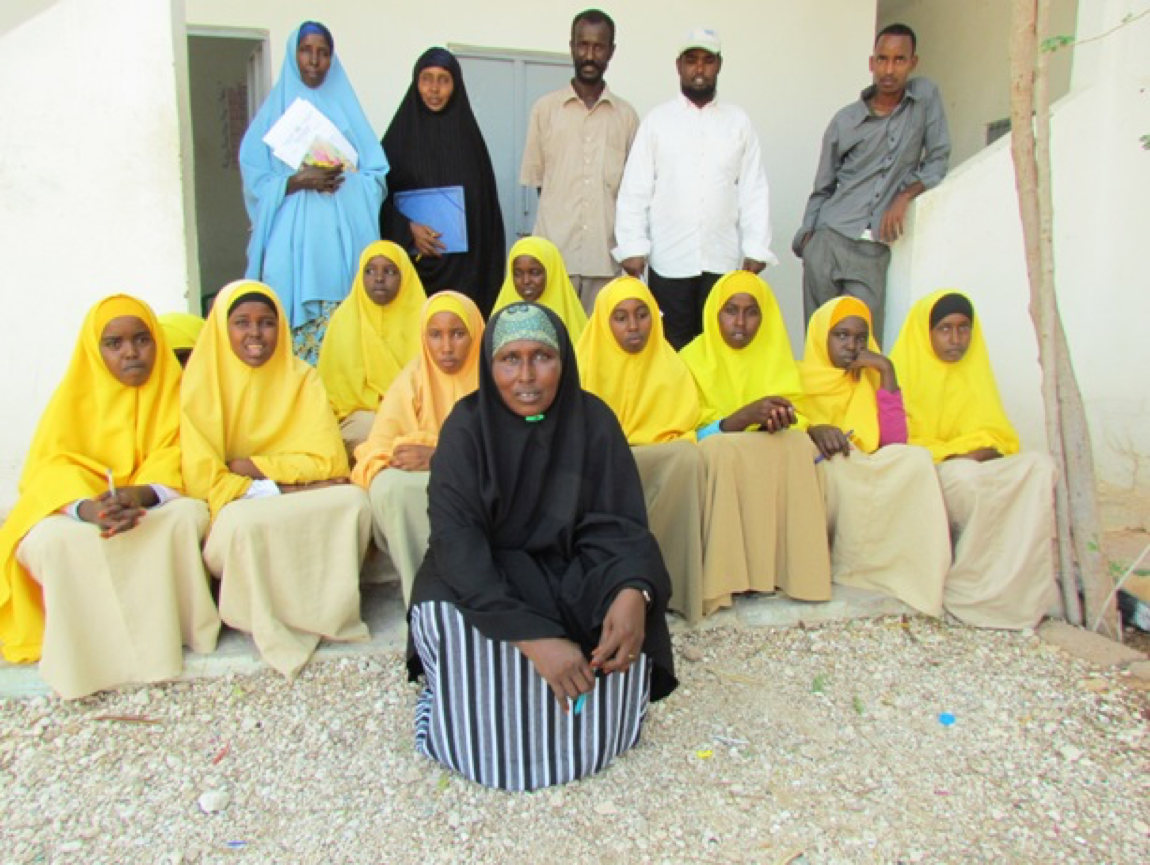 Hawa Jama, along-side with her fellow teachers and some of the students’ posing for a photo group.

As everybody retreated to their ancestral lands in the aftermath of the heightened war,  Hawa was to return to the native village of her forefathers in Baadweyn- the Somali for a vast area of hot desert sand. A place she had only heard about but never been to. It is here that she had to restart her life with no means or opportunities to do so. “There was nothing. There were no schools, no hospitals or any form of services in the village at this time. Only a few houses”, she recalls.
When GECPD started providing Integrated Literacy and Numeracy programs for women  and girls in this town in 2001 with the support of Oxfam Novib, Hawa was among the  women selected to help in running the program. After intensive capacity building  training, she served both as a teacher and community mobilizer towards female  education. “It was a great opportunity not just for me but the entire female fraternity in this village town. They had no access at all to education,” she says.
Although she missed the opportunity to join a teacher training college, Hawa is glad that her knowledge and experience  in teaching has increased with each passing year. This is a result of the  annual teacher capacity building  trainings organized by GECPD with the support of its education program back donors. “I have gained a lot from the  trainings. I can lesson plan, I can make  schemes of work. I understand well issues affecting girls’ education and have acquired  management skills through these trainings.” She asserts.
This helped her grow through  the ranks to become the headteacher before choosing to call it a day due to pressing  family challenges. Hawa is utterly grateful to organizations that have supported GECPD programs such as  Oxfam Novib, Diakonia and Spazio Solidale among others. It is not because she is able  to earn and provide for her family but because she has witnessed gradual growth of the  GECPD Education program and increased access to education for women and girls due  to their support. “A lot has changed since the program started. At the beginning, the  program was offered in one rented room.

Hawa Jama, Marking homework for one of her students.

Today the town has 2 full-fledged  centers/schools specifically offering education to women and girls.” She says. Besides  the infrastructure growth, Hawa says the number of girls enrolled in education has  gradually increased not just in the GECPD run school but other 3 schools that have  since opened in the town. She attributes this trend to sustained awareness creation, advocacy and community mobilization conducted by the Community Education  Committee of the school. “At the beginning, people did not see reason why resources  should be spent to educate a girl. Today the community has understood the importance  of education.” She says with satisfaction.
But despite the success, Hawa still  feels there is still much more to be done in enhancing access to education  for girls and women; the hundreds of  girls in rural pastoral areas where  education opportunities are not  available and poverty levels high. “The  girl is the most disadvantaged since  with limited resources, she will be  sacrificed in favour of the boy child”, she says. Her call is for donor agencies to continue supporting girls’ education particularly for those from poor families in pastoral areas, minority groups and internally  displaced families.