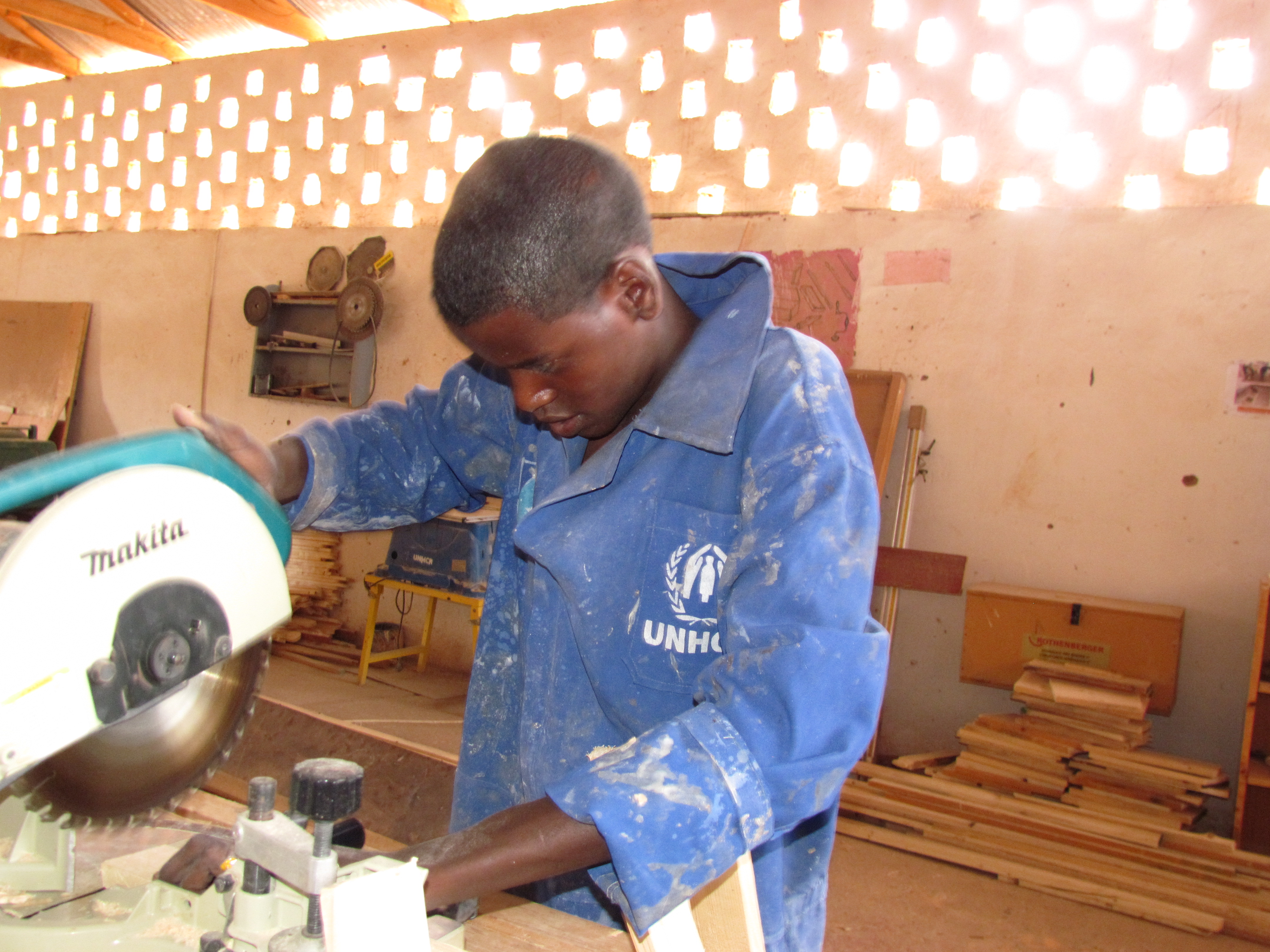 Somalia is characterized by political instability, insecurity, and seasonal shocks. These uncertainties have affected and still affect livelihoods besides costing lives.

Unemployment is widespread with 70% of youths remaining unemployed. 18-year-old Abdikhadar Mohamed Omar is one of the youth suffering these pangs of instability.

Due to protracted anarchy, many children and youth such as Abdikhadar have limited access to formal, technical and vocational education and training opportunities.

Born and brought up in Jilib town in Middle Jubba, Southern Somalia, Abdikhadar and his family were forced to flee poverty in search of better opportunities in Galkayo 5 years ago, where they now settle in  Buulo Kontrool IDPs Settlement.

Even before attaining maturity and with no skills,  Abdikhadar was already a breadwinner for his family. He was forced to indulge in casual odd jobs in garages, construction sites, homes, and town in order to support his family. But even with his hardworking and effort, he could hardly make enough to make the ends meet.

Luck came his way in April 2017 when GECPD with the financial support of UNHCR started a Vocational Skills Training program center targeting IDPs and host community youth. Abdikhadar was among those who made it to the final list of the 30 youth selected to pursue the six-month courses on offer in Carpentry and Welding.

Inspired by his instructors, family and the GECPD fraternity, Abdikhadar remains optimistic that the new skill he’s steadily acquiring will transform his life. He hopes to complete his course in September after which he plans to fully utilize his skill to support his family and self.

And even though he just only covered a third of his course, life is already changing for Abdikhadar. With the little amount offered by GECPD as incentive for his upkeep, he can manage to support his family while at the same time continuing with his training.

“I want to be the best carpenter in this region. After I fully acquire this skill, it will be mine forever. I want to give the community my very best. I thank GECPD and UNHCR for changing my life.” Abdikhadar poses.