Drought displaced families in Galdogob district 7th May 2017eceived reprieve after the partnership of GECPD and UNHCR provided unconditional cash transfers to 300 families from 4 IDP settlements of Salaama, Danwadag, Hodan, Qashinka in Bursallah area as well as the pastoral settlement of Darusalam. 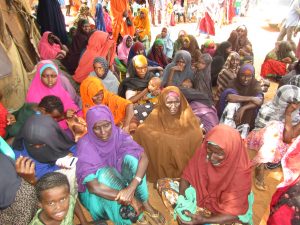 Beneficiaries waiting for the cash grant outside Amal Bank in Bursalah

Each beneficiary family received a sum of US$ 120 which they will utilize to meet their most pressing livelihood needs. The 300 beneficiaries trooped Amal Bank branches in Bursallah and Darusalam to receive their payments. The beneficiaries who included women heads of households and the elderly were all smiles as they presented their appointment cards to authenticate their identity as bonifide selected beneficiaries of the cash transfers.

GECPD has been working with local authorities in the targeted locations to identify the most vulnerable households for the cash based intervention. The identification process included a profiling of IDP settlements hosting drought affected IDPs, consultations with other players including the clusters to establish interventions so far made by other actors and the prevailing gaps.

The program will be covering 3 districts of North Mudug including Galkayo, Harfo and Galdogob and will benefit 1000 families. The overall goal of the initiative is to minimize the protection risks facing women and girls as a consequence of the prevailing drought conditions. The objective is to enable the targeted households meet some of their basic needs during this emergency period based on the priorities of each individual household. 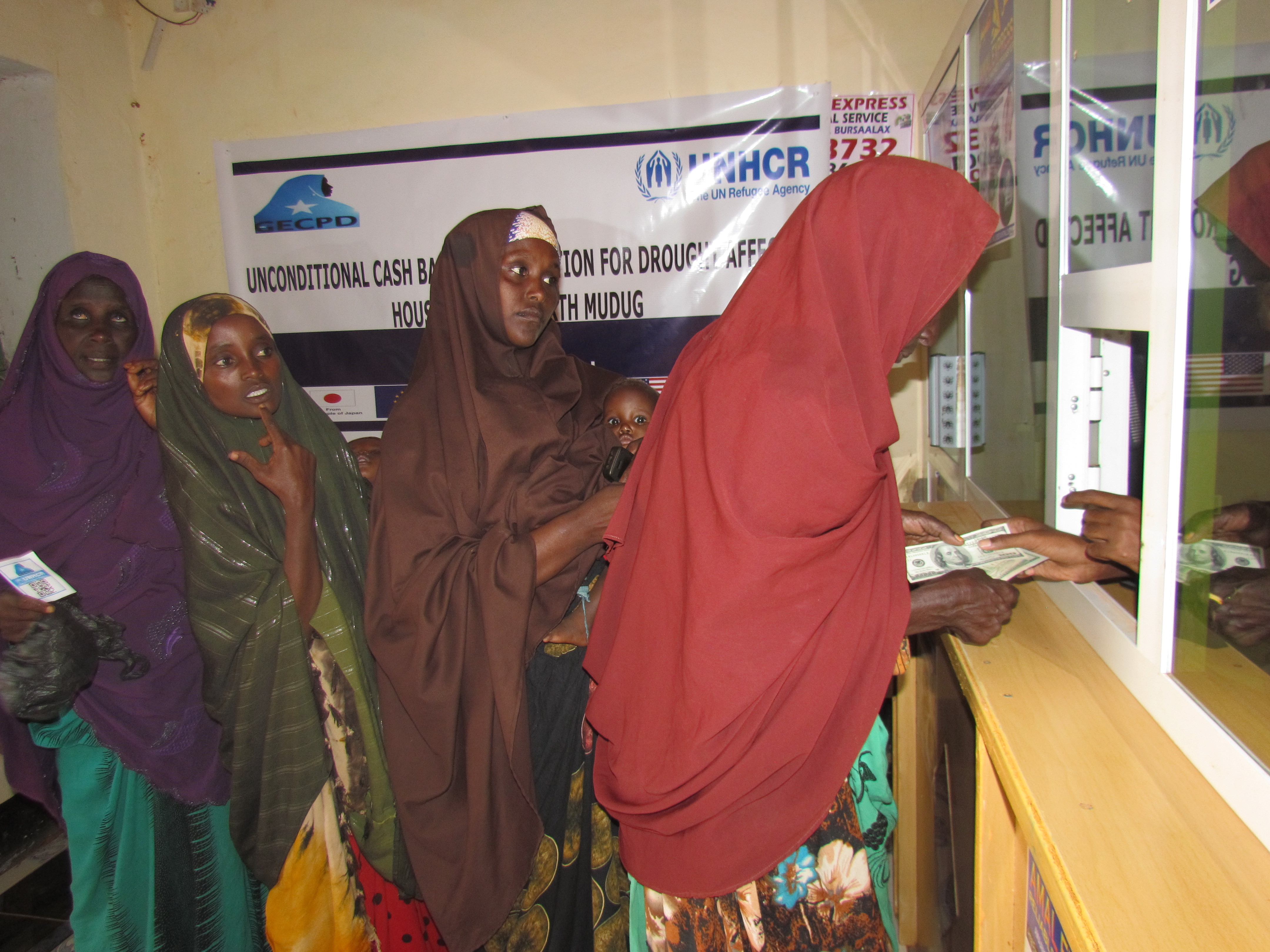 Beneficiaries receiving their cash grant outside Amal Bank in Bursalah

Beneficiaries include families who have lost their main source of livelihood as a result of the drought that has hit Somalia since October 2016 following failure of Gu and Dayr rain seasons in 2016. Besides the cash support, an additional 100 families received dignity kits (1 Dignity Kit= 3 Diraac, 3 Garbasar, 3 Shaash, 6 Pants, 9 Pads, 3 Bar Soaps, 3 Powder Soaps) from the UNHCR/GECPD partnership in the two locations. 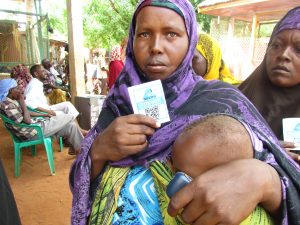 The severity of the current drought has displaced large numbers of people living in rural areas, and one in every two Somalis faces varying degrees of food insecurity. By the end of April, nearly 620,000 drought-related displacements were recorded since November 2016 by the UNHCR-led Protection and Return Monitoring Network (PRMN). Most of the drought-triggered displacements in 2017 have arrived in Baidoa (Bay region), Mogadishu (Banadir), Gaalkacyo (Mudug), Belet Weyne (Hiraan) and Buuhoodle (Togdheer).

Over 1.7 million people have been reached with food security response activities in Somalia as part of the ongoing effort to avert a famine in the country and the drought response still needs to be scaled up to meet the increasing needs. 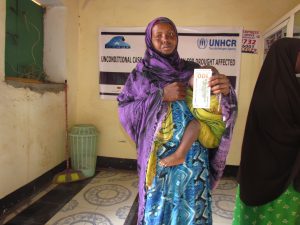 Happy after she collects the cash grant from Amal bank

The humanitarian situation continues to deteriorate and the possibility of famine in 2017 persists. With the onset of Gu season, rainfall intensified in many parts of the country over the past week and flash floods were reported in Bari, Nugaal, Mudug and Bay regions. The rains are expected to continue in most parts of the country in the next seven days, but with less magnitude.

Galkayo Education Center for Peace and development (GECPD) continued to support drought response initiatives and has contributed US$ 1700 towards the drought kitty, distributed food to 206 families in Jeedalow and Tuulo Farhan settlements and done water trucking to 10 pastoral nomadic settlements. GECPD has also distributed Zakah cloth material donations to over 7,000 affected families in Harfo district and Baadweyn village town and the surroundings. 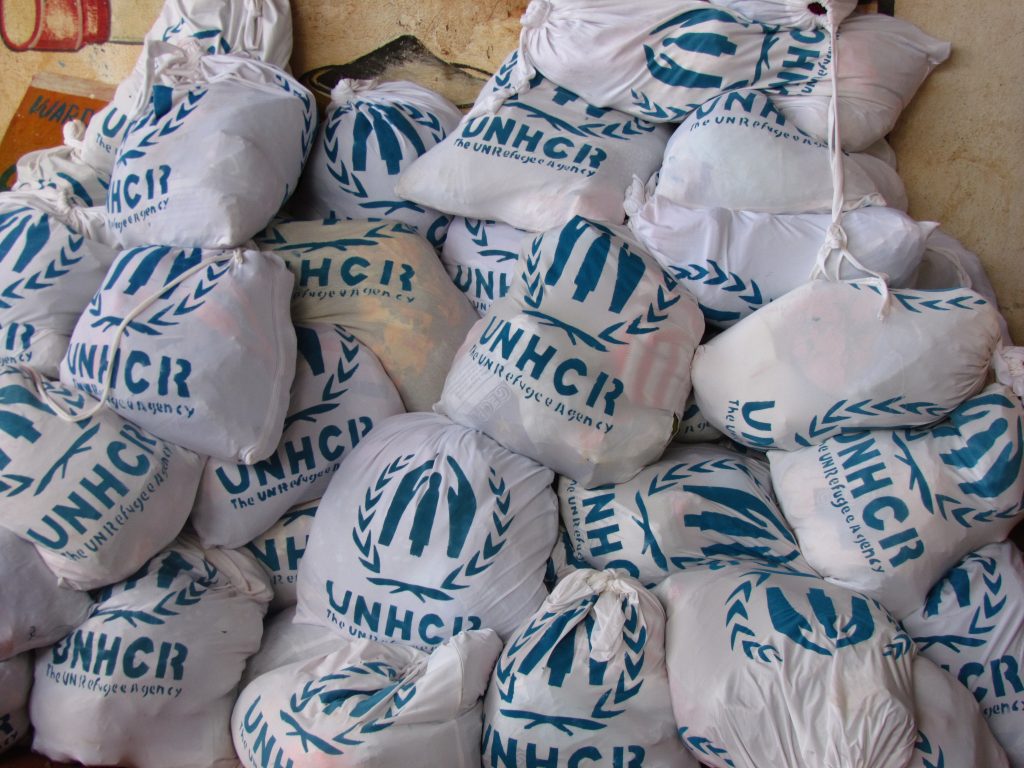 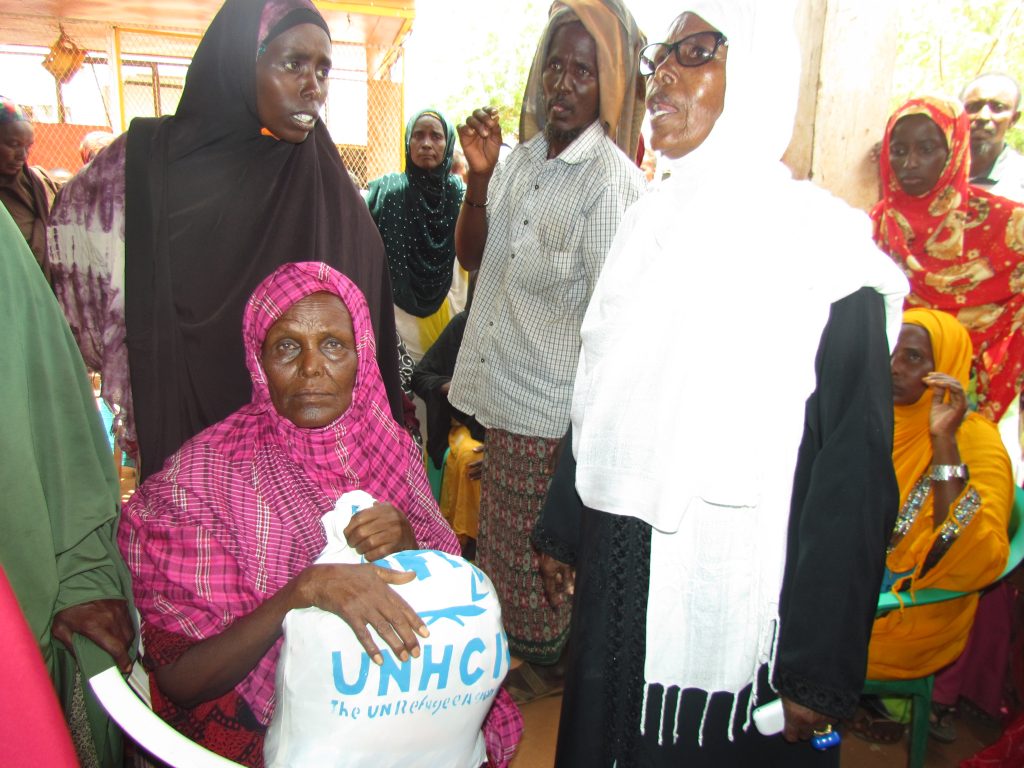 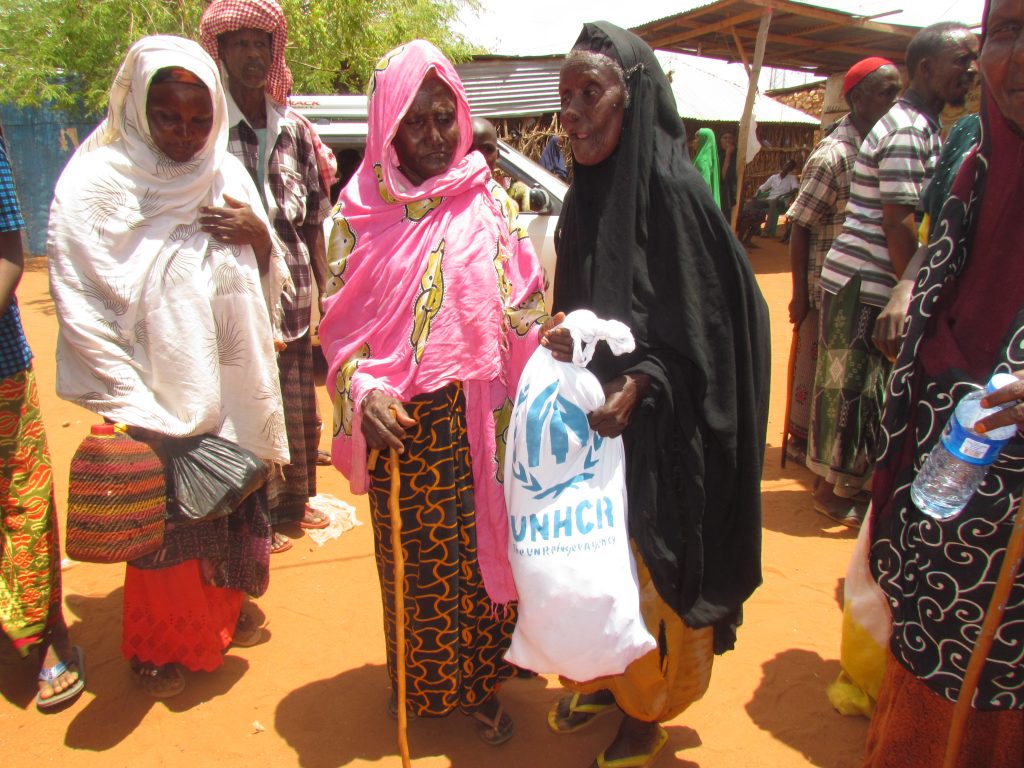 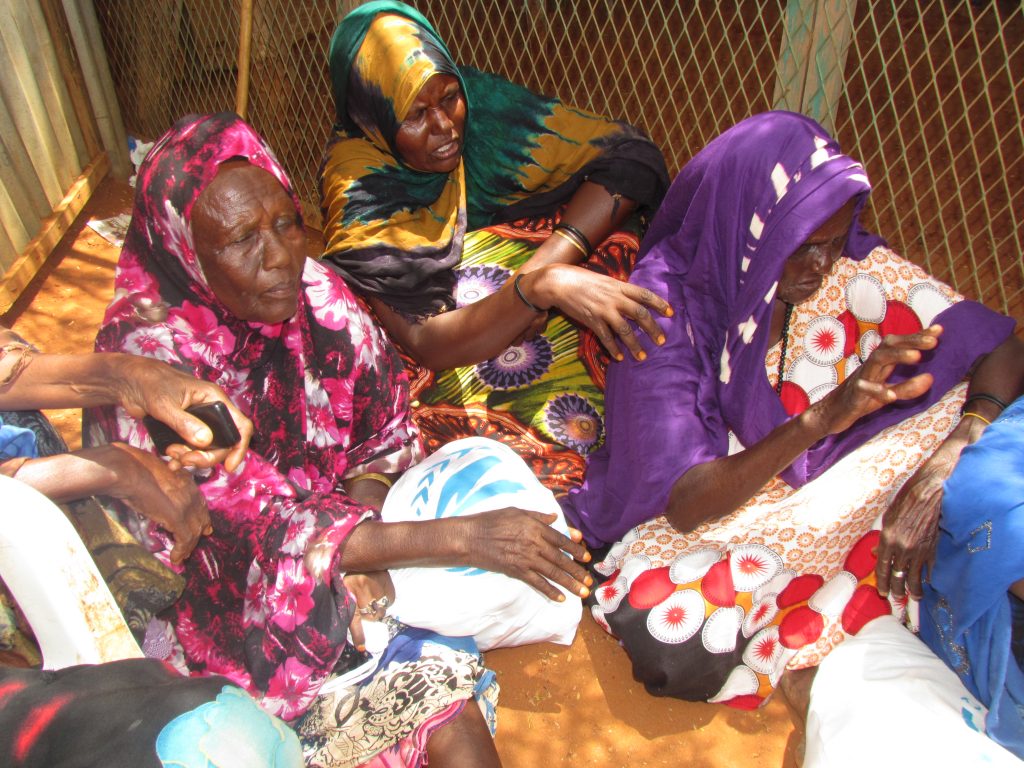 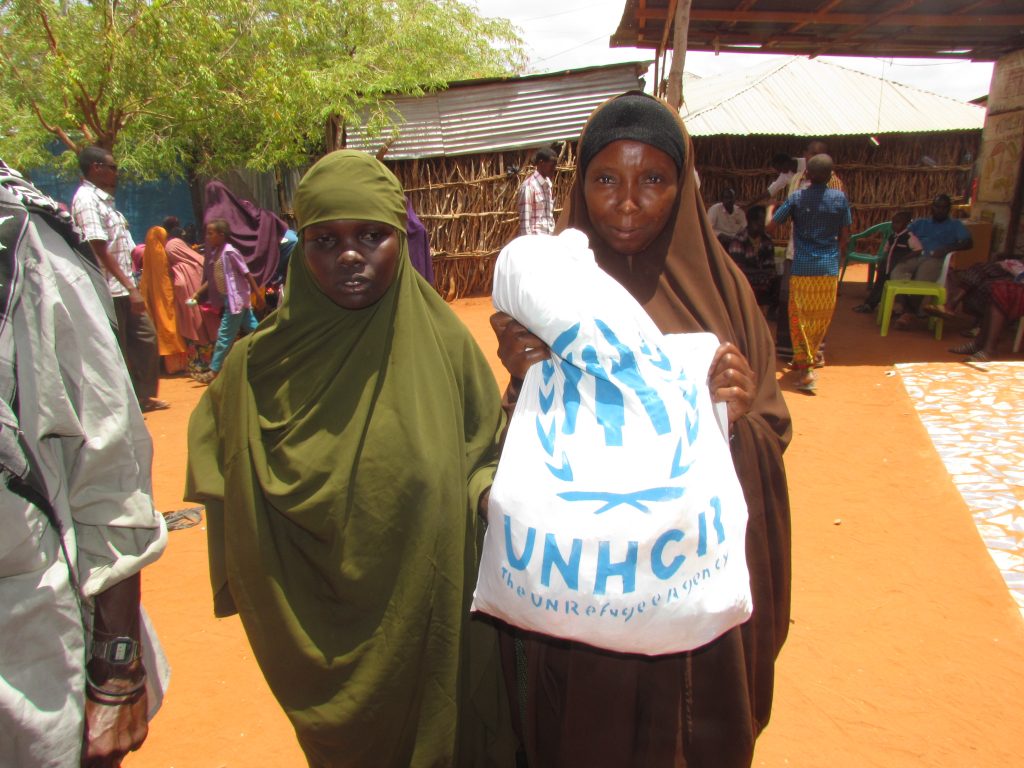 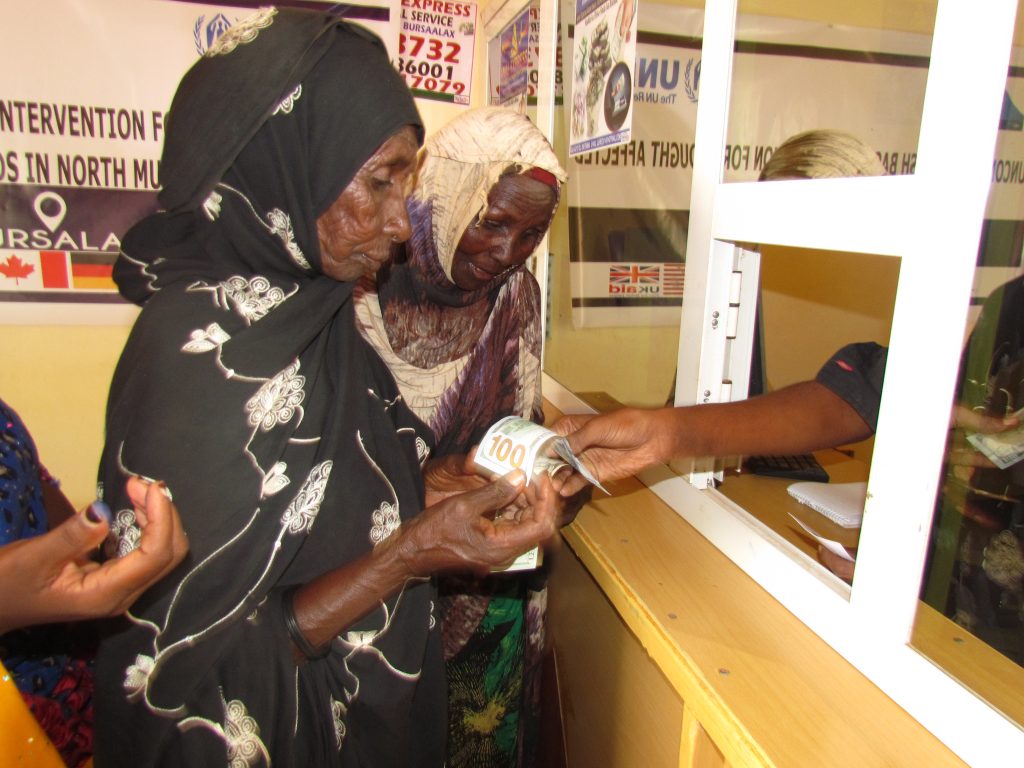 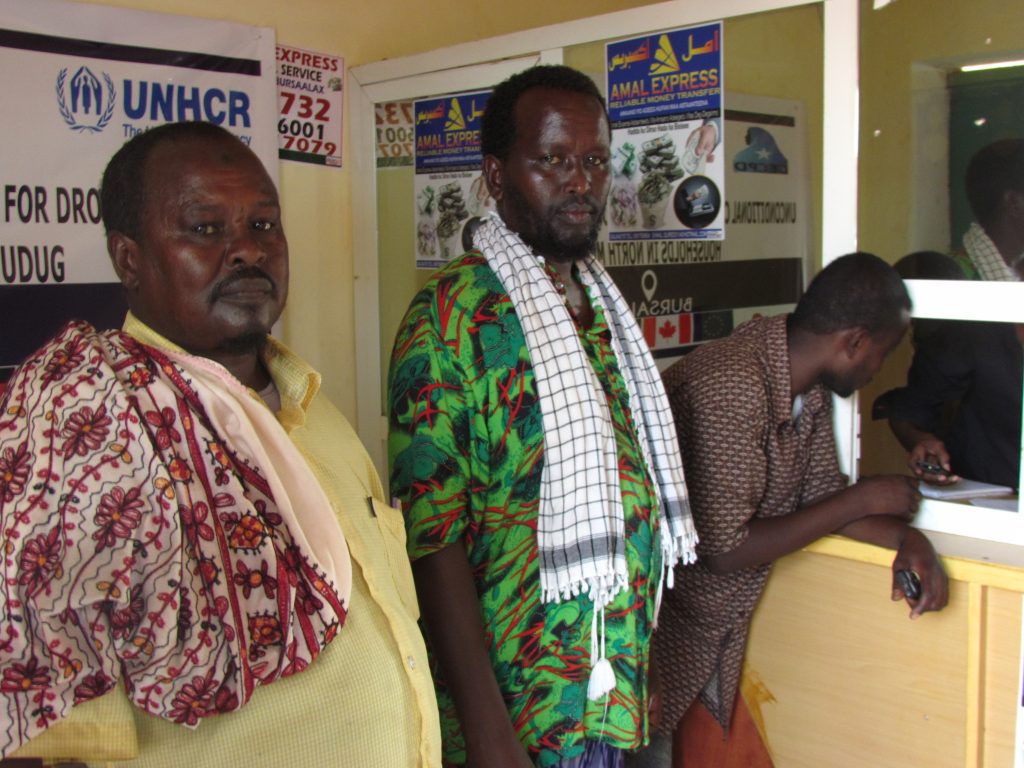 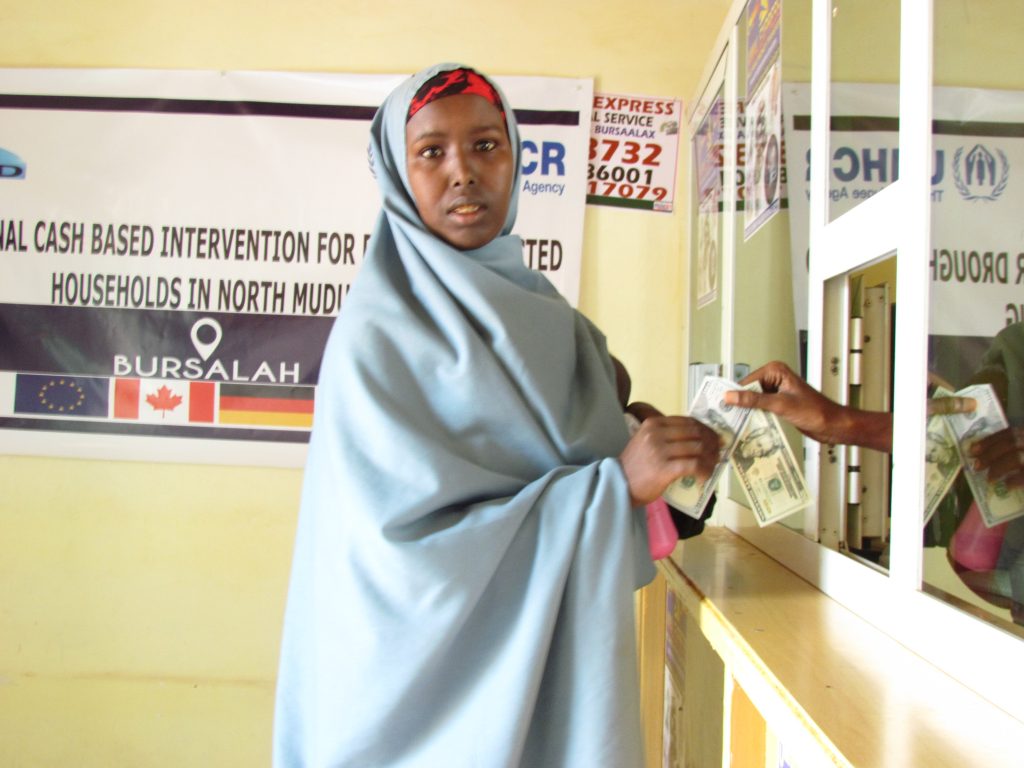 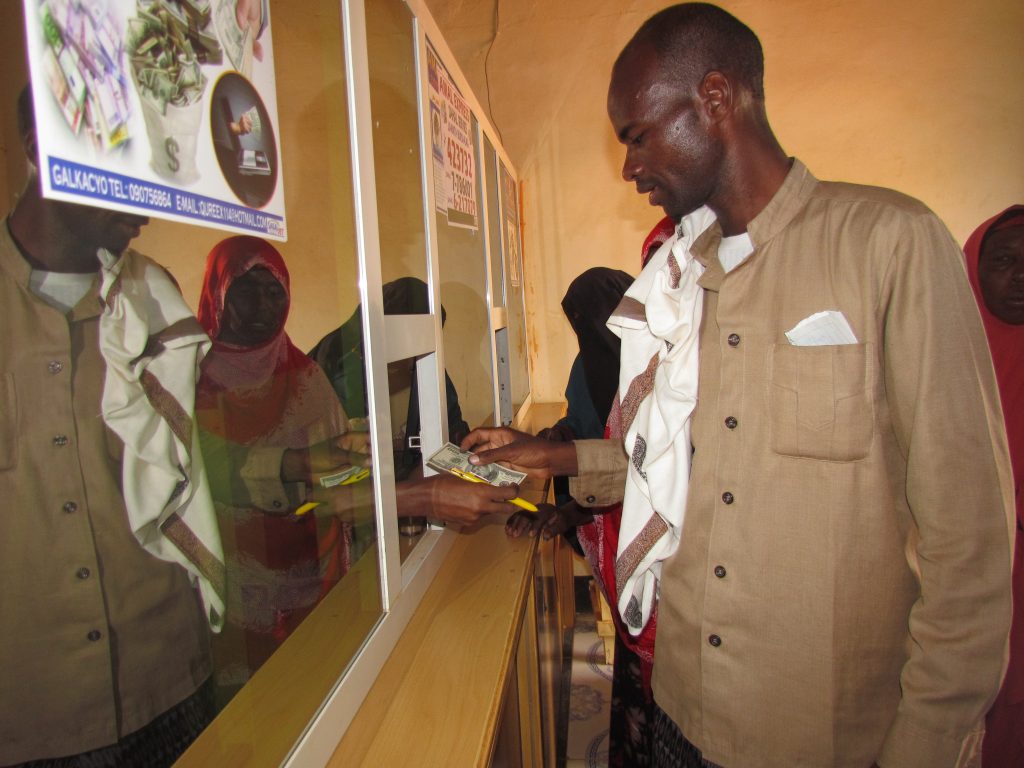 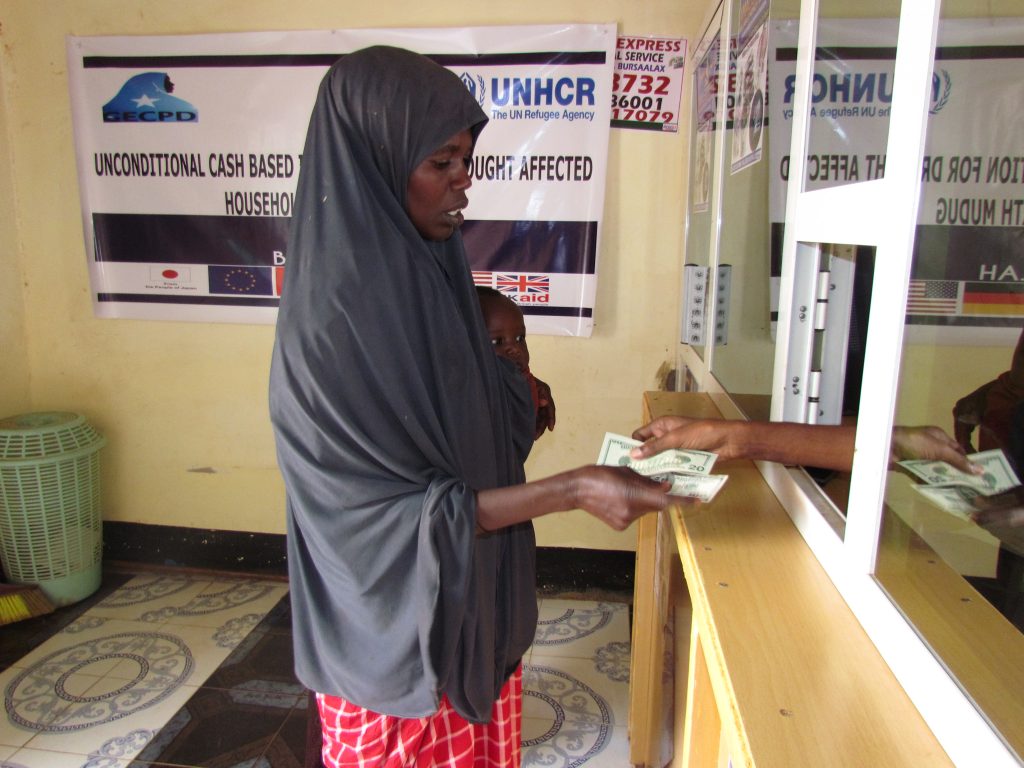 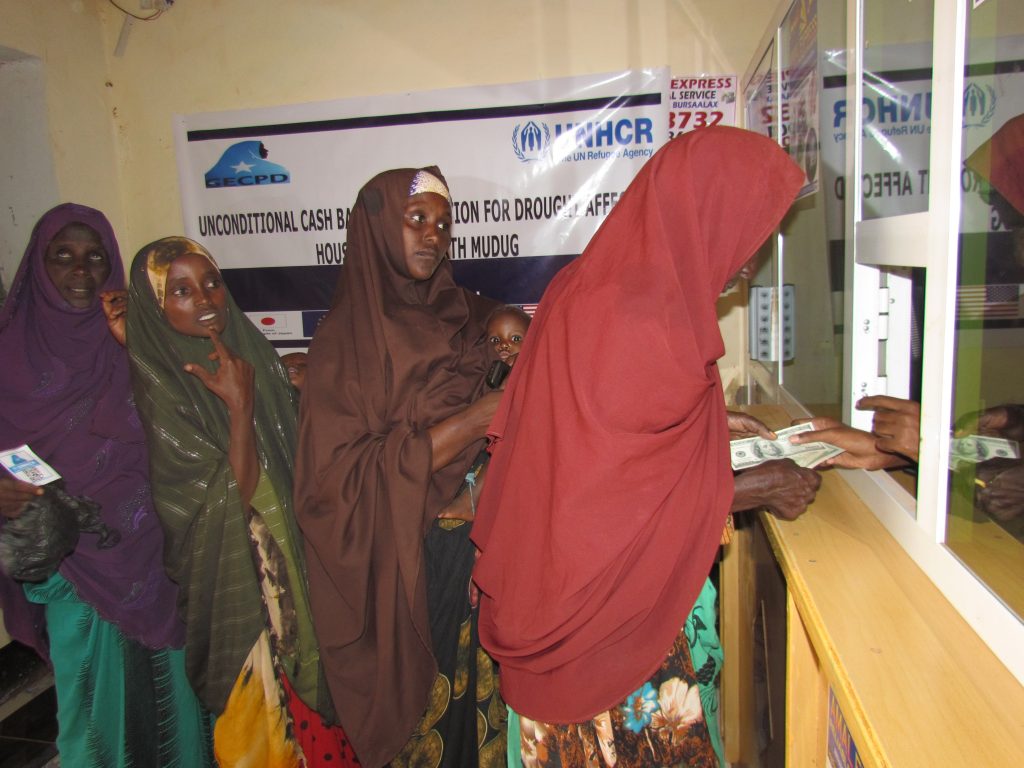 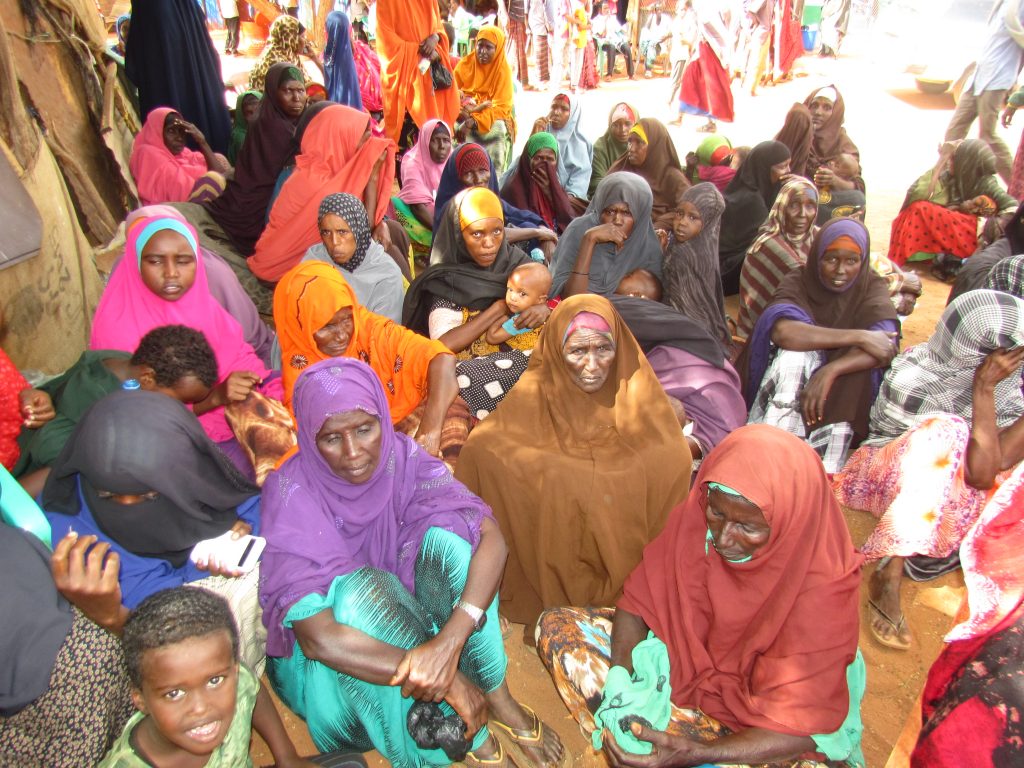 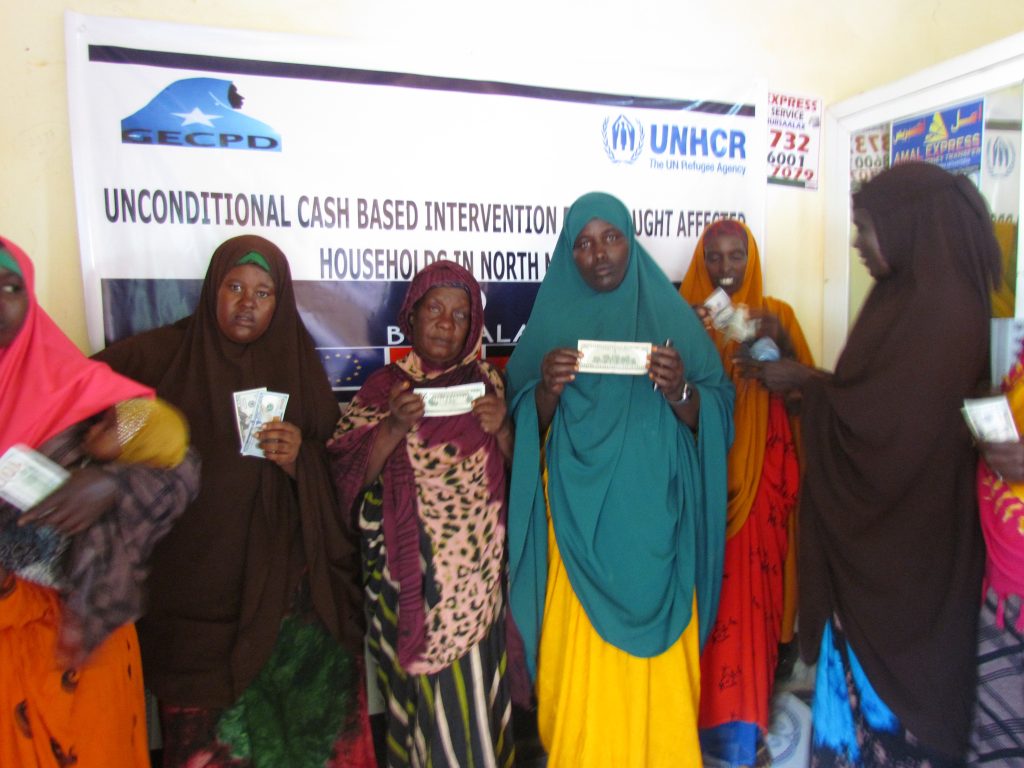 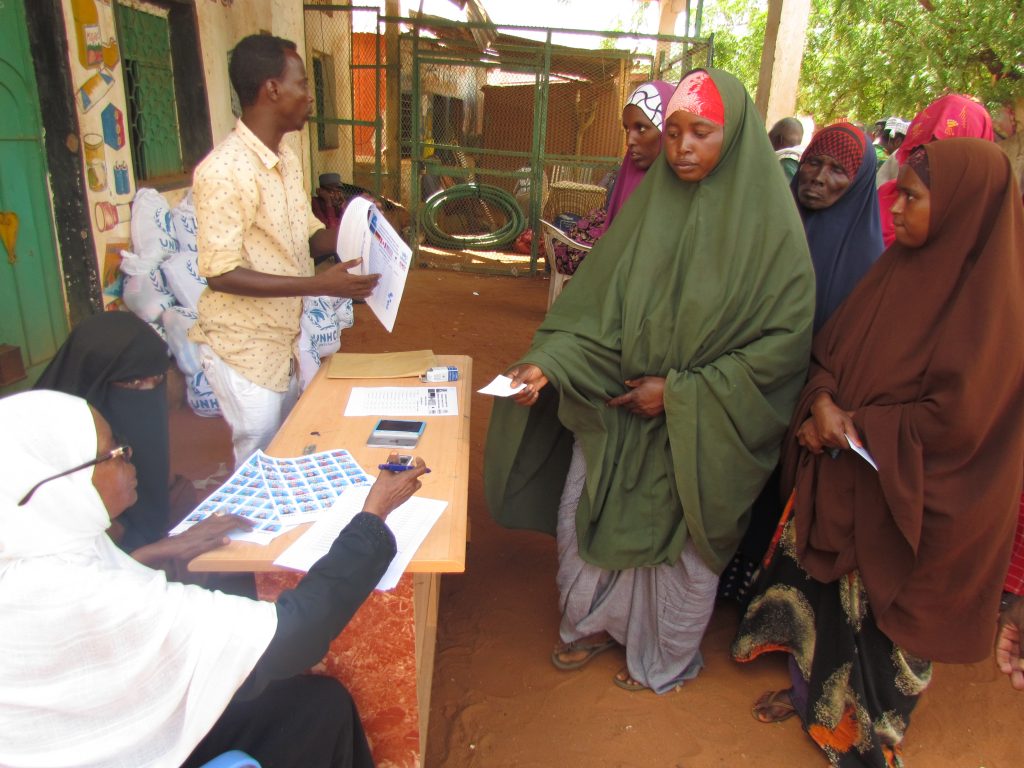 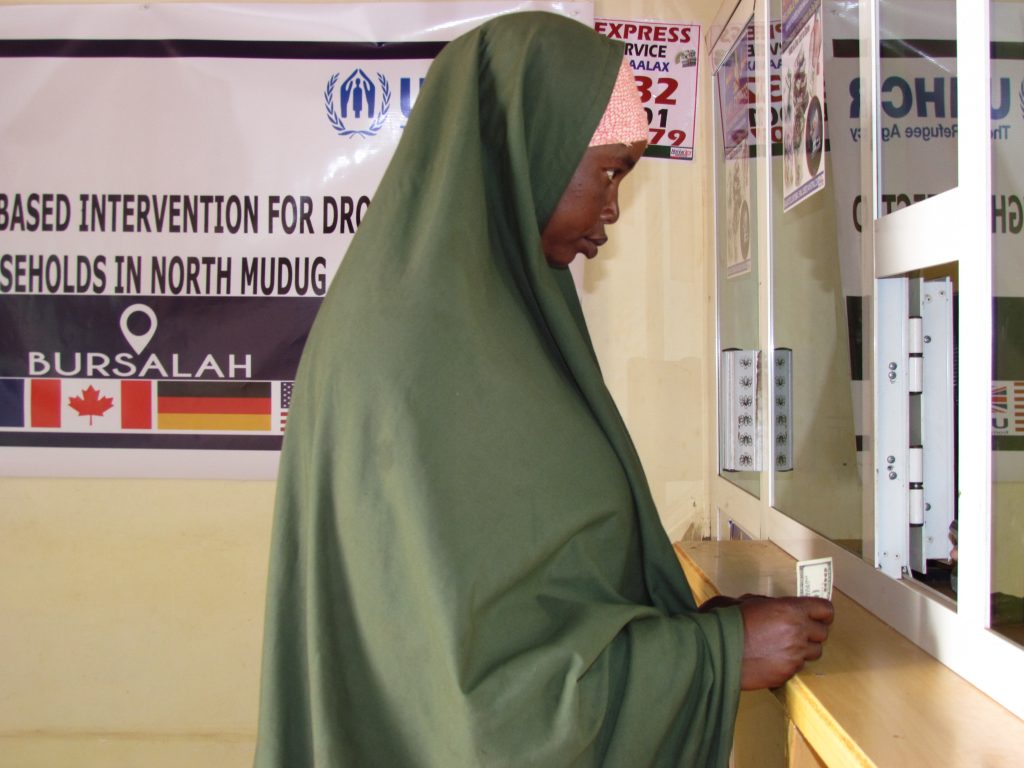 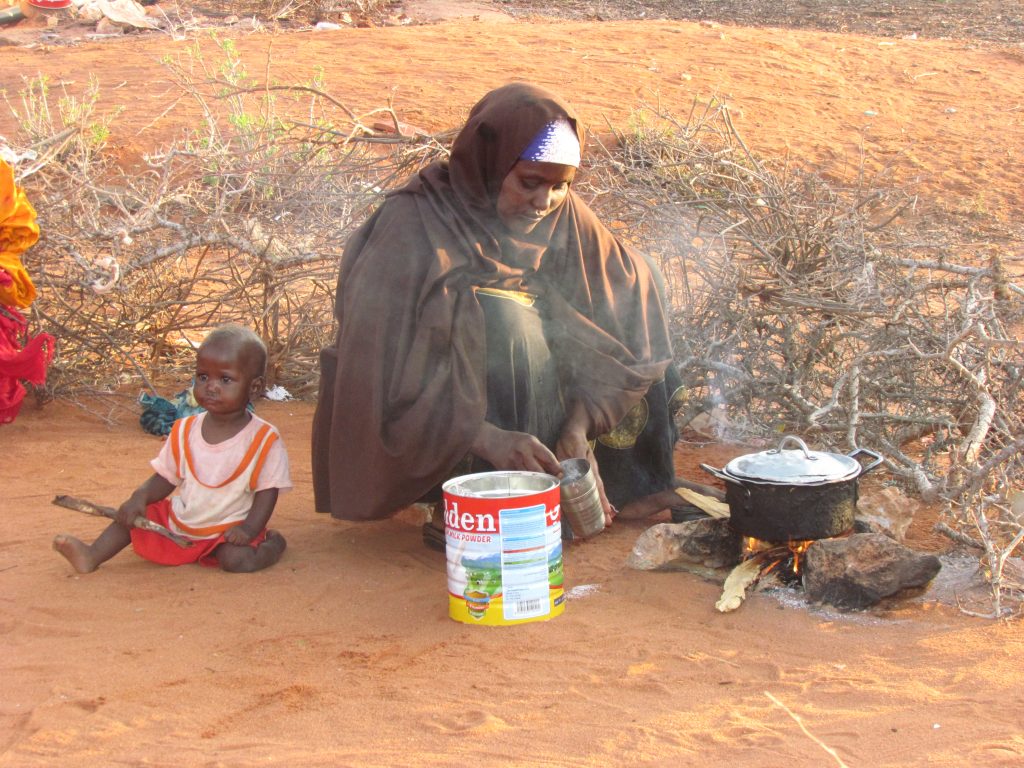