When Laws Against Rape Aren’t Enough 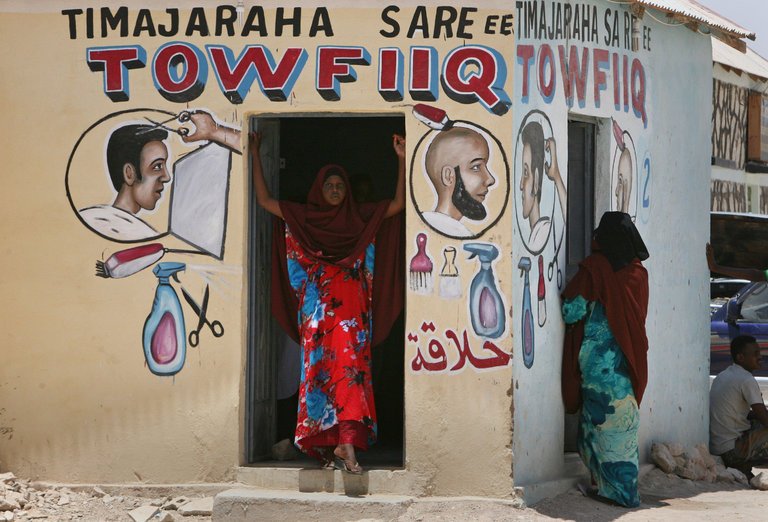 A hairdressing shop in Garowe, the capital of Puntland, Somalia. A law criminalizing all forms of sexual violence was passed in the region a year ago, but rape cases appear to have spiked. Credit Michael Kamber for The New York Times

The law — the first of its kind in the region — criminalized all forms of sexual violence. It banned gang rape, sexual exploitation and harassment. The result of many years of hard work, it had support from Puntland’s Ministries of Women, Development and Family Affairs, Justice and Religious Affairs, as well as from parliamentarians and religious and community leaders. There were predictions that it might serve as a guide for the rest of the region. When it was enacted, women like me who’d fought so hard for its passage were filled with a new sense of hope.

Slightly over one year later, things have turned out far worse than we could have ever expected.

Not only have there been few signs that sexual violence has decreased, but in the past two months in particular, cases of rape in Puntland appear to have spiked. And incredibly, in a majority of the cases that my organization, the Galkayo Center, has worked on, the men accused of rape have been members of the police force, military or marines.

Instead of serving as enforcers of the new law, these officials are actually perpetrators. They knew that they would not face repercussions, and some did not even bother changing out of their uniforms before committing their assaults.

One of the most high-profile cases I worked on took place just after 2 a.m. on Jan. 10. Eight armed men invaded the Bulo Bacley settlement in Galkayo, kidnapped four women and raped two of them, and tried to drag other women from their homes.

Some of the men were recognized as members of the local police force. Despite efforts by my organization and others to ensure sufficient evidence is gathered, including the in-depth testimonies of the survivors themselves, only one suspect was brought into custody and then was released soon afterward under suspicious circumstances. The lack of basics such as forensics facilities and a qualified team of investigators means that the case is likely to be dropped soon.

Other, less-noticed cases have been equally egregious. In mid-December, a 16-year-old girl with mental disabilities was raped by a group of marines in the town of Garacad. She had been on her way to collect firewood. Four men were arrested but were freed shortly after they swore on the Quran that they were innocent. The victim was told that she would need to provide four witnesses — an effectively impossible task.

Those are just two of over a dozen recent cases in which we were able to step in to provide urgent medical, psychological, legal and financial support for the survivors. It’s hard to get accurate statistics on the prevalence of rape in Puntland or in Somalia in general, but anecdotally, the law appears to have had little impact.

That the law has not had the results we expected is not entirely surprising, even though Puntland’s institutional capacity compared with that of the southern part of Somalia is relatively strong. Policemen are often unaware that the law against sexual violence even exists. Even when officials are aware, they can be hesitant to enforce it. A judge recently told me that since the law was not agreed upon by everyone, not everyone would use it — a shocking statement from somebody who is representing our government.

More often than not, the police are unable to properly carry out investigations and collect reliable evidence. The police may have no means of transport available to travel to a crime scene, or they may not be able to provide meals to suspects while they are in custody, so they are let go. (Incredibly, as a common practice, victims are often required to pay for their assailants’ food while they are detained, which, understandably, can cause many to drop their cases.) Medical reports often disappear, and the lack of forensics facilities in some parts of Puntland makes it very difficult to gather DNA evidence.

Another major hurdle to prosecuting rapists is that most judges are more used to nonstatutory laws than the official legal system. For Puntland this means Shariah law and customary law, which are often employed alongside formal law. Our Constitution states that when formal law such as the Sexual Offenses Act does exist — and when a case is heard in a formal court, as opposed to an informal traditional court — only the formal law should be used. In practice, though, this is not what usually happens.

Despite all the hurdles in bringing rapists to justice, we could still, as a society, punish sexual violence if we wanted to: We could use other methods of gathering evidence; we could ensure security for any women who are put at risk for speaking out about abuse; we could make sure that there was a clear message from the top to enforce the law.

But the lesson from the sad story of Puntland’s Sexual Offenses Act is that while formal laws can be vital in influencing attitudes, attitudes and behavior also influence how a law is enforced.

The passage of the law was a great start. But what the past year has made clear is that we also need to start changing attitudes in Puntland and the region more broadly, or else these much-celebrated legal advances for women will be rendered meaningless.

Hawa Aden Mohamed is the executive director of the Galkayo Education Center for Peace and Development.